Where Is Everyone Going? 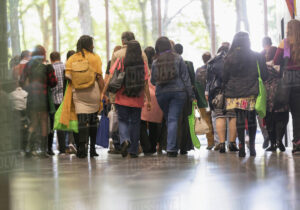 Employers complain they are having problems hiring.  I am getting more calls to do career transition programs or business start ups.  Why? What is happening?  Unions are more active and strikes are rapidly increasing. Why?

4.3 million people left their jobs to find new places where they are appreciated and feel valued and can be authentic. The phenomenon is being driven in part by workers who are less willing to endure inconvenient hours and poor compensation, who are quitting instead to find better opportunities. According to the report, there were 10.4 million job openings in the country at the end of August — down slightly from July’s record high, which was adjusted up to 11.1 million, but still a tremendously high number. This gives workers enormous leverage as they look for a better fit.The Labor Department data shows that about 892,000 workers in restaurants, bars and hotels quit in August, as well as 721,000 workers in retail. An additional 706,000 employees in professional business services and 534,000 workers in health care and social assistance also left jobs. Almost 2 in 5 workers (38 percent who quit in August worked in retail or in restaurants and hotels. They are tired of low pay and long commutes.and long hours.  Often they need retraining.  60-90 hour work weeks for long periods of time saps the energy and reduces performance dramatically.

Simon Sinek explains people need to feel passionate and love their jobs. The people who are leaving jobs  certainly don’t feel that.  I am reminded of the phrase from the movie Network; “I’m mad as hell and I am not going to take it anymore.” . Add this to the need to stay home to care for children or family members and the result is  The Great Resignation!

Unions are now at an all-time high when it comes to favorability ratings,” claims Richard Trumka, president of The American Federation of Labor and Congress of Industrial Organizations, the largest federation of unions in the United States and commonly referred to as the AFL-CIO. “Half the workforce said they would join a union today if given the opportunity because they know that without the power of a union, workers are helpless.” “support for unions is not just about wages and benefits,” says Trumka. “It’s respect, it’s dignity and it’s health and safety.” Employers need to listen as the battle cry for workers is respect, value , dignity,

What are employers to do? Throwing money at people in terms of better wages or sign on bonuses may help in the beginning but more is needed.  Companies need to truly understand how people do their best work. Remote work has gained momentum and acceptance. It gives people the chance to care for their families AND get their work done setting  their own hours. I personally love being able to do client meetings online. I don’t waste time driving  and can serve more clients in a day., leaving me more time to meet other obligations including planning networking, and developing material.  Some companies are looking at hybrid formats while others are experimenting with new formats for remote.

Those companies like healthcare, manufacturing, and hospitality are exploring new ideas as well and if they aren’t they should be.  Simple ideas like flex time, job sharing, and reduced hours are being used.

Many, many people are realizing that the way things were pre-pandemic were not sustainable and not benefiting them, The U.S. does not have a pure labor shortage so much as it has a shortage of workers willing to accept the working conditions that today’s economy often demands. Paul Krugman, the Nobel Prize-winning economist and Times Opinion columnist, has described the trend as “the revolt of the American worker.” Betsey Stevenson, a University of Michigan professor, calls it the “take this job and shove it” economy.