Save me from surveys 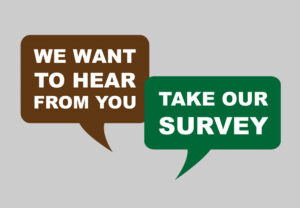 Why are you doing them? What do you want to learn and are surveys the best way to do it;, not necessarily. Let’s look at what they are and how to get real measurable results that you can use.

I have never liked surveys that are rating scales or are used to validate the effectiveness of an employee. I also don’t think anyone truly uses them unless they want evidence to keep or remove an employee. The final straw for me, recently, was related to a visit to a new doctor.  The doctor was good and provided what I needed. Before i even got home there was an email asking me to fill out a survey asking how they did.  To make matters worse it wasn’t directly from the doctors office but a company that sends out surveys. There goes the personal touch.

Let’s face it feedback is invaluable. We all want to know how to improve and perform better. It’s not about a 1-10 scale to say look at our grades.  That doesn’t mean anything if no action is taken and no changes made.

Studies have shown that when customers leave 97% will not tell you why.  Of the remaining 3%, men tell 8-10 people and women tell 10-16.  Ok, Ok, women talk more. What can we do?  On  Yelp smart companies reach out to the person who gave negative feedback and ask how they can fix things and definitely thank the person for their opinion.

How can we better use surveys initially?  The first step is why are you doing the survey? What do you want to learn? I suggest basing the survey on the following 6 steps.

1.Did you ask?
2,Did they tell?
3.Did you listen?
4.Did you implement?
5.Did they like it?
6. Did you evaluate the results in relation to the desired outcome?

Let me describe this in real terms.  Before starting Training Solutions I was a VP for a large specialty shoe company that had an international catalogue, (Late 80s, and 90s before the internet). The company had been in business since the 30s and had evolved in many ways. In the 90s sales were dropping and they didn’t know why.  A survey was created to ask over 100,000 customers a few basic questions; what did they like, or didn’t, what did they want to change.and a few other items.  There were 10 questions in all. The survey was sent via email and snail mail. ( remember it was the 90s)..  As an incentive, every returned survey would receive a 10% discount on their next order.  This is not the same as your name will be placed somewhere and you may get a $50 gift card, etc.  Every survey response got the discount on their next order.  These were our current customers. and we sent another 20,000 to past customers who had not bought within the last 2 years.

We asked and did they tell, yes, we had over 50% responding. Did we listen? Yes, we realized that we had missed the mark on some product choices and some of what we thought was important wasn’t. We implemented many of their ideas and in the next catalogue reported the results of the survey to show we not only listened to them but implemented what they said.  Did they like it, a resounding yes! Sales increased and customers who hadn’t sent in the surveys did so and we honored them.

Was it worth it? Absolutely! What we did increased loyalty and trust as well as sales.

This was a 3 month effort. You can do a major survey or you can do simple surveys. For the doctor I mentioned I would suggest, (and i will suggest at my next visit) sending a note thanking patients for coming in and trusting the doctor and attaching an article or activities  related to their issue. When I give a presentation I send the materials and let them know they may email me any questions.  It’s an opportunity to continue the dialogue and ideally sell my services.

Bottom line make the surveys give the content you need not jut be a clever list  for a game show. Doing it right helps improve performance, increases revenue and improves customer satisfaction.