What are your biases?

Last newsletter I discussed unconscious bias in hiring (if you missed it go to the website and see the blog). With all the comments lately about fake news and biased reporting, it’s time to look at more ways we show bias. 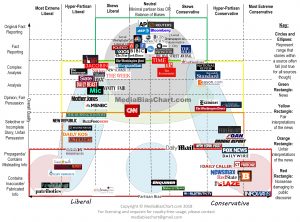 It’s not just news sources, it’s how we think and ask questions. Michael Shermer, publisher of Skeptic Magazine Listed several types of bias on a video on LinkedIn Learning,   I’d like to share 3 that I have observed and, yes, may have myself.

Our bias shows based on questions we ask or don’t ask as well as who we trust and where we get information. Whether on Facebook, networking groups, or just talking with friends and family there is a need to prove we are right and they need to change their opinion.  The key to being less argumentative and divisive is respect for other opinions.  Below are 3 types of bias and how we can overcome them.

Confirmation bias  We seek confirmation of what we already believe. ” See I told you I was right” We only ask questions or seek information that will reinforce our beliefs. How do we overcome this?

Backfire bias When people are given facts that contradict what they believe they become more adamant about their beliefs.An example Michael Shermer uses relates to the belief that weapons of mass destruction did or did not exist. Depending on  what their initial belief was as to their existence, additional information is either refuted or it reinforces their belief. How do you have a conversation?  Similar to dealing with conflict and this is a conflict. There are 6 steps to follow.

Blind spot bias One of the most common, as it enables us to see issues in others but not ourselves.  We don’t have any biases, do we?. This one requires a few observations and self reflection. It starts with self-awareness and noting if you have the same bias you see in others. Do you exhibit the same behaviors when your beliefs are questioned? Ask yourself what would it take to show you are biased and how can you change it?

We are all biased in some way, that’s why there are so many different ice cream flavors. The most important factor is a willingness to listen, discuss and learn